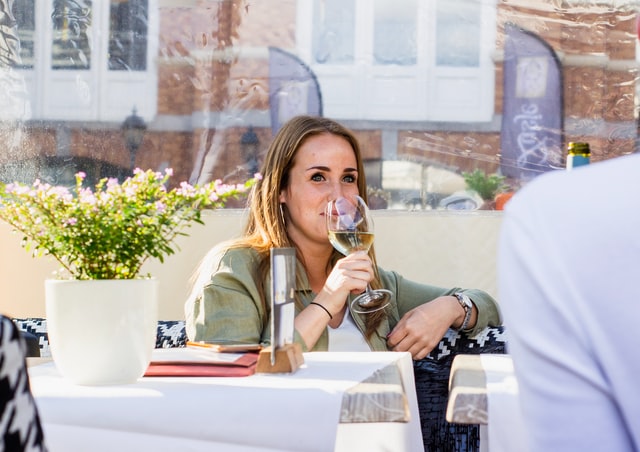 So, you're interested in older women dating younger men? Our dating site offers free options to help you connect with younger men in your area and it's 100% FREE. Browse our private chat rooms
and chat live with single younger men today. This article will help answer all your questions.

Being commonly known as one of Australia’s leading social chat rooms and dating websites, we’ve come to realise there’s no shortage of women who are into dating younger men.

With the ability to create your dating profile in under 10 seconds and combined with the fact that you’ll have various chat room categories to peruse, this means you’ll have the opportunity to drill down super quickly to narrow your search with a potential partner.

More and more we are seeing single women looking to date younger men via our private one-on-one chat rooms.

Quick question: What do you call a younger guy dating an older woman?

Answer: A Manther. A Manther is basically a male version of a Cougar.

With privacy on the minds of the many people using our chat room service, and being a trusted source to chat to random people online, people feel as though they can express what they really want without the fear of being exposed via social media or other online platforms.

A rising number of women are indeed looking for younger men online and often are not backward in coming forward!

The huge amount of media attention centred around older women dating younger men is unable to be ignored. So, what’s going on underneath the tabloid tales with cougars dating cubs?

Why does this topic persist to have a never-ending scope of intrigue? What are some of the pros and cons of beginning a partnership when there’s a large age gap?

Quick question: How do you tell if a younger man likes an older woman?

Answer: He’s affectionate, his eyes dilate, he makes an effort with her children, he engages with all her social media activities frequently.

It's been more than a decade since Newsweek adequately announced 2009 as officially being the year of the cougar! The cougar-craze was born and the once secretly held obsession for those women looking to date younger men took a major step forward in dictating the phenomenon which is still alive and well today.

Publications such as those of Newsweeks and others, at the time, including Hollywood blockbuster TV show such as Sex in the City helped to introduce a mature woman’s sexuality beyond the then socially acceptable limits of older women dating younger men.

Older women dating younger men doesn’t raise eye-brows so much these days. However, the word itself ‘çougar’ is still very much open for debate and prejudice views which have stuck even when our society has changed into a more open, free and far more expressive world.

The word ‘cougar’ is still viewed as predatory – a woman who spends her time hunting down younger prey. However, studies published regarding women dating younger men sees the reality of this kind of relationship as more of a long-term relationship agenda.

Quick question: How do you please a younger man?

Answer: Make an effort to educate him sexually, make him feel wanted, be clear about what you want, be your confident self, what are his biggest turn ons.

When the cougar phenomenon was establishing itself in the mainstream media, relationships experts took on the opportunity to explore these relationships between older women dating younger men.

in 2006, the University of Maine conducted a study with ten married couples with an age difference of between 10 to 18 years. Their studies revealed that most couples were satisfied with their decision to marry younger/older people.

However overwhelmingly these couples still battled with dealing with the stigma of being judged. The study also revealed that the woman in these relationships expressed concern about aging, and whether their younger beau would still find them attractive in future years.

The study also uncovered that significant age differences with older women dating younger men defy normal views within society. Tabloids are renowned for subconsciously judging these relationships in that the fantasy outweighs the reality.

Even still, researchers at the McGill University found that approximately 15% of women have slept with men at least 8 years their junior.

Quick question: What is an acceptable age gap?

Furthermore, women of middle age who have been previously married or been in long term relationships were more likely to seek out a younger man, with the research revealing that woman dating younger men were rarely one-night stands or brief flings.

The average time frame in these relationships was two years. Even with the attached stigma, albeit more socially acceptable these days, what’s the appeal for women dating younger men?

There are many benefits for both parties when it comes to older women dating younger men. One of the main draws has a lot to do with the compatibility factor. When an older woman seeks out a younger companion, it’s most likely that she’s quite comfortable when it comes to her sexuality.

For the most part, she’s probably been married and/or has children meaning there’s a high probability of being on a similar wavelength as her younger partner, who is in most circumstances, is not looking at starting a family.

Quick question: Can a younger guy fall for an older woman?:

Answer: Most mature age women will have the understanding of how younger guys are known to fall in love with women quite easily, although mature women also recognise the higher risks involved of the younger man breaking up with her down the track due to the associated stigmas of older women dating younger men.

For the lady in this relationship, this is a positive outcome as she doesn’t need to concern herself about starting a family and in turn, she has the opportunity to re-establish her youthfulness.

Further, this scenario can mean the younger man hasn’t gathered a lot of emotional baggage which is part and parcel of getting older. For the younger man, dating an older woman means he has the chance to learn much about life both on a mental and physical level.

As the cliché goes, age is just a number, and couldn’t be further from the truth when it comes to older women dating younger men.

We do live in an open and free society, as such women who are looking to regain some of the energy these relationships can offer, should not feel as though Freudian taboos need to dissuade them from following their inner needs and wants by starting a relationship with a younger man simply because society dictates otherwise.

So, where’s the ideal place to start your search in finding a compatible younger man? While the internet requires a large amount of time and effort to short list suitable admirers, no offline alternative offers you that amount of privacy and anonymity as found with online chat and dating sites.

When you use our chat rooms to seek out younger men for relationships, thanks to our unique chat room categories, you’ll have the opportunity to narrow your search within a pool of potential dates without prying eyes making judgements.