Men’s Guide to Dating Again After 50 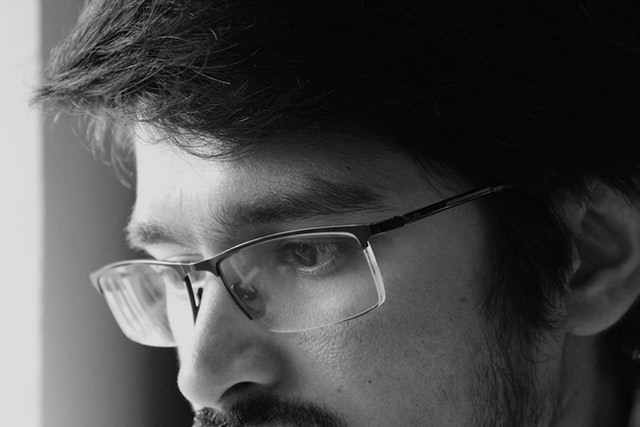 Men’s Guide to Dating Again After 50

After fifteen years, you’re single again. Feeling like a fish out of water, but dating again is something that’s definitely on your mind? How should you begin? A dating app? But which one? Approach one of your work colleagues, the one you always kind of liked?

Landing that first date, after so long out of the dating game will probably make you feel like a nervous wreck! So, what should you expect?

Eight dating tips to get you back in the game

Not everything has changed

That’s right, it’s still challenging to meet someone compatible. The last time you dated, dating apps and dating sites were probably still relatively new and considered the last resort to finding dating options. Today, there’s dozens of dating sites out there, many of them sketchy, and finding real people who fit in with your lifestyle is still very challenging, despite the amount of options online.

Don’t put all your efforts into the new norm, which is online dating. Let it be known to your friends, work mates or any opportunity that arises, that you are single. Introductions through friends, social and sporting activities should still be high on your list of dating options. Ask your friends to be fixed up, why not? Singles events, parties or any social gatherings should be on your radar. Start networking yourself, and through these channels you may well meet some female friends, and who knows what could come of it.

You have numbers on your side

First the bad news, men typically die younger than women. But the upside here is that as time passes, single women outnumber single men which works in your favour. As a result, the older we get, more women become available. And the women seem to know this because as we get older, if a woman is interested in you, she’ll more than likely initiate the contact – a bit of a reversal of trends compared to the younger dating scene.

Chances are the women you’re looking to date will Google you. Before this happens though, search up your own name and if you find any misinformation, take measures to make these corrections, or at the very least, you’ll know in advance what people are finding out about you so you know how to respond. Who knows, there may be a serial killer out there that shares the same name you. Also make sure your Facebook page is in order, so she doesn’t get the wrong idea.

One of the major advantages in using a dating site is you can cast a much wider net than sticking to the commonly used traditional methods of finding dating opportunities. Compared to the younger generations who use online dating, meeting singles online when you’re in middle life, you’ll more likely find far more people who aren’t there to play games. Just like you, they too are there to meet real people who are genuine.

Whilst this article isn’t specifically here to teach you about how to be successful with online dating, one take away you need to focus on is taking the time to craft a fantastic dating profile. This is the big hook needed to gain women’s interest, your opportunity to make that big first impression.

Don’t think online dating is a quick fix for your dating problems. While you may receive some interest here and there, and get your hopes up at the same time, many online dating conversations and communications will inevitably disappear for no apparent reason.

Be prepared to be stood up on virtual or real dates. This is the online dating scene, fact. Many people get cold feet when it comes to meeting through the internet. While in theory it seems like the perfect way to meet people, the reality falls short most times. But that’s okay, so long as you’re patient and take this advice on board and do your best not to take any rejection personally.

Keep chipping away, and sooner or later your number will come. Think of this as the law of averages. Your compatible match awaits but it takes time. Stay true to yourself, don’t oversell yourself on your dating profile and keep things real so when you do go on dates, you’re presenting the closest version as your dating profile outlines. Don’t try to be someone you aren’t.

Most people, especially women, will make a snap decision within the first minute or two of laying eyes on you, as to whether there’s any attraction. The all important first impression. Your presentation will go along way to sealing a positive first impression when you first meet a woman. At the age of 40’s and 50’s, many women have been around the block once or twice already and they know what they want by now, so if you look like a schlump, she’ll flee the very second she lays eyes on you.

Once you start dating a few ladies at middle age, you’ll be pleasantly surprised that sex comes fairly easily. Once she feels comfortable with you, most mature-aged women will quite happily and willingly go all the way. About the condoms. She most certainly will not want to catch any STD’s, so keep a pack of condoms with you until the relationship becomes exclusive.

Be prepared for a journey, not a sprint

Unless you’re one of the lucky few, be prepared to date many women before you find the right lady. If you know you’re starting a relationship that has no future, be prepared make it clear that the chemistry just isn’t there, so you don’t waste each-others time.

On the flip side, you also need to prepare yourself to hear these same words, often. Like anything in life, including dating, things take time to come to fruition and the dating game is no different, that is, if you’re searching for a long-term relationship.