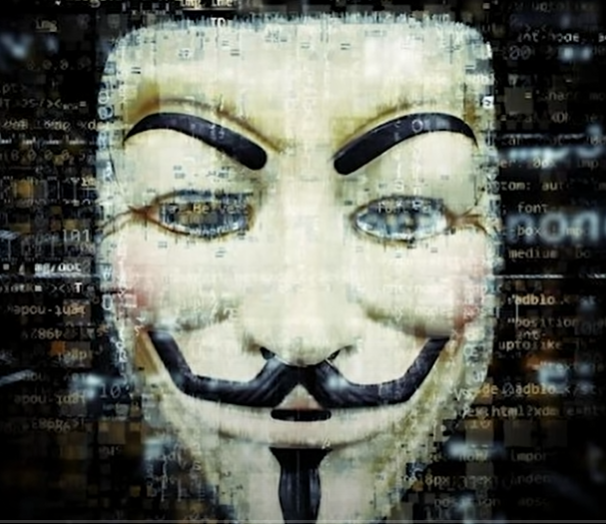 First of all, if you’ve ever heard of and wondered what the dark web is, in simple terms, the dark web is part of the internet that isn’t visible to the regular search engines such as Google, Bing or Yahoo.

To access the dark web, you’ll need to use an anonymous web browser to gain access. Although the dark web is indeed part of the internet, web pages within the dark web are not indexed by search engines.

According to a publication found here, out of nearly 3,000 live dark websites which were analyzed over several weeks, 57% of these websites were found to be hosting either illegal or illicit content.

My personal interactions with the dark web.

With everyone stuck at home it's been hard making friends. It's been really lonely, I've gone onto Omegle a couple of times but usually end up talking to a couple of people who aren't really people.

Then I started thinking, what if there's more anonymous chat rooms out there but I just can't access them with the search engines I'm using? So today, I'm going to be making new friends on the dark web!

I don't know what's going to happen, I'm pretty nervous, almost every video out there about the dark web focuses on all the illegal, the scary, all the bad stuff that goes on.

So, my hypothesis is that 90% of the web simply can't be evil, there's got to be some fascinating people on there so my goal is to make an actual friend.

What do we classify as an actual friend? I want to get to the point where I'm in an actual chat room with somebody and get to a point where we trust each other enough to reveal our identity and end up face timing each other and have an actual conversation.

I'm not going to stop until I meet an actual real person on the dark web.

I have no idea what I'm doing, the only thing that I do know is that I only have one computer and I don't want to risk getting hacked and getting everything deleted or risk revealing my personal details.

What I'm going to do is find a cheap computer, Facebook Market Place or Craigslist, just some janky computer. I need something that actually works though, and for around $50-$60 I should be able to pick something up second hand that I'll be able to use for my little dark web experiment.

The dark web never tried this before!

I don't exactly know how dangerous it is. I've watched a couple of videos, the one thing I know I shouldn't be doing is clicking links people post, for example if I click on something illegal and I have that in my possession, I can like, go to jail for that probably!

Next, I'll go ahead and create a fake account on the computer just in case someone hacks into it. Okay, let's do this.

Download the tor and the tor browser. Stay away from the naughty stuff, like how to hire a hitman or buying stolen goods. “You can hire a hitman”??

Okay guys, I’m getting kind of scared, identity theft and ransom are rampant. So, stay alert, don’t wonder around too much, and do not trust any site or contact that you find.

“I’m not supposed to trust anybody on there? How am I meant to make friends, friendship is based on trust, right”?

Okay I’m in, are you kidding, that’s it, I’m there? There’s a search engine, so I type in chat rooms. “Hello, are people listening to me, can anybody hear me”? It’s asking me for a security step, a check box is all I need to tick and I’m there!!!

Yep, just click the start button, let’s see what’s there? I’m having a slight panic attack, somebody popped up on my screen! Was she there the whole time? Hey, if anyone was thinking was this a good way to make friends, no, it’s not. I can already tell you that.

Next, I’m going into one of the links that was recommended to me on this website, OMG, let’s see if it works! OMG, in the previous browser when we weren’t on Tor, this link did not work but now I can chat with random people.

There are 183 people online right now. Deep breath! It’s taking a long time to load. “Yooooooooo, budyyyyyyy” I’m going to put out a super confident vibe. They are not going to want to hack me if I sound like a regular! Him. Nun much high af

So far, it seems like everyone on the dark web is a stoner, and stoners are usually the least harmful people ever!

Me. “No way, that's where I work, but covid has kept me away until recently”

What the hell! The guys a credit card scammer! And he just says that openly, he’s like yeah dude I scam credit cards.

This guys from NYC so initially I thought I could just meet up with him and be friends to fulfill my objective of meeting someone from the dark web, no, he’s a credit card scammer, I just want to find some nice people.

Then suddenly out of nowhere

Him. You got any Netflix recommendations?

Me. “Dude you gotta watch dave on hulu”

I ask him if he has Facebook, and he replies: and he starts giving me advice! Don’t give people your email address, Facebook etc, don’t bring anything like that on here.

I’m like, “hey do you think it’s actually possible to meet someone here on the chat for real” He’s like, people come here because they want to remain anonymous.

This is difficult, this is a lot harder than I thought it would be.

Me. “My name is Samison” (first thing that came to mind, of course it’s not my real name!)

Me. “I’m trying to find a friend on the dark web, do you think it’s possible?”

This is going great now!

Him. I just found this link and you’re the first person I found we might already be friends 😊

Do I really believe this guy? Unless he’s already starting to hack my computer lol, He said his name is Michael and he’s starting to open up now and I don't want him to leave.

Him. Btw, that’s a sick name my name is Michael.

Him. You got snap?

I ask him for his instead “what’s your snapchat?”

Wow he actually gave me his snap chat!

The point of this blog was to find out if I could find anybody on the dark web to trust me to give me their information, and almost immediately I am now the one that doesn’t trust the people who I’m talking to, but they are willing to just hand it out like it’s no big deal.

After sending a few pictures back and forth and Facetiming, the things he revealed to me were incredible.

The footage in the video chats with Michael were too good to squeeze into this post, so stay tuned for more content where I’ll reveal more fascinating stories from the dark web. How to Make Friends Online

Chat Room Friends vs Real Life Friends The internet may be a great source of friendships, but it can also have drawbacks. Being friends on the internet may sometimes lead to "friend zones," where one's intentions are unclear, and mutual feelings go unacknowledged. There is also the ...