Signs You're Dealing With a Catfish 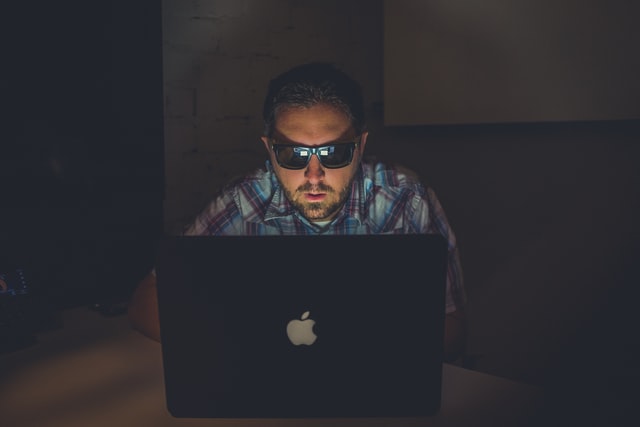 Knowing the Signs When You’re Being Catfished

You’ve heard about Catfishing, right? If you’ve met someone online recently and are growing suspicious of who they are, you might be getting catfished without realising, or before it’s too late. When communicating online with strangers, just remember that yes, they are total strangers. When chatting online, it’s very easy to lower your guard so you must watch out for the warning signs and protect yourself against online predatory behaviour. Catfishing is when a person creates a false identity as a way to lure people into fake online relationships. To understand the real dangers of catfishing, take a look at this tragic story which outlines how an Australian couple lost their young daughter when she was tricked into a cruel catfish relationship.

To summarise, a Catfish is when a predator creates a false identity which is typically aimed at causing massive deception.  Catfishing is a phenomenon which is steadily increasing and is a real problem that is very difficult for the authorities to police.

Why do people catfish?

There is never any good reason to catfish someone, other than the perpetrator’s selfish goals. What has been established by some experts is that some catfish are deeply lonely and feel they can’t form real relationships in real life. Although other catfish do it for the mere distorted pleasure of getting a reaction through trolling and harassment.

Other catfish carefully plan their actions to scam money from their victims which in several reported cases has involved kidnapping, physical harm or robbery.

Regardless of the threat level, the last thing you want is to fall victim to a catfish. If you’re becoming a little suspicious that you’re talking to a catfish online, sever ties with them immediately. Below, we’ll discuss several signs to watch out for to help you identify if you’re being lured by a catfish.

Here are some red flags

They avoid chatting with you on video

If you’re in doubt, Skype it out! This is the first and most obvious warning sign. The first or second time they dodge your video call they may well have a legitimate excuse. If it becomes a habit and a common scenario for them to consistently avoid your Skype or Facebook calls, ask yourself, why?

They won’t send you a selfie straightaway

Try asking your online friend to shoot you a quick selfie with someone specific. Ask them to write something down on a piece of paper like their name or hold a piece of fruit for example. A common excuse a catfish will use for not sending you a selfie is that they aren’t looking their best, but at some point, if the relationship was real, he or she would naturally make themselves look their best and send you a selfie at some early stage of the friendship, it’s a normal way to progress any romantic connection.

If you’ve already sent of several selfies of your own but they are simply not reciprocating, then this is definitely a danger sign to watch out for.

Spotting a catfish can be quite simple in many cases. One of the most natural steps in any legitimate online connection involving romance is taking your messages and emails to the next stage – a phone conversation.

If you’re struggling to have a simple phone call and they are making excuses left right and centre, then this person probably isn’t who they say they are. Reasons a catfish doesn’t want to talk to you is because they don’t want to give away their real voice because in many known catfish cases, the catfish could be someone you already know, and you’ll recognize their voice.

There’s always an excuse not to meet up in person

There constantly seems to be excuses given for not being able to meet up in person, or you’ve been stood up each time there’s an arrangement to meet offline. It’s a standard process to eventually meet up offline once you’ve established mutual interest, and if you keep getting the run around, you’ll need to be asking yourself why.

If your new friend seems to be always complaining about some kind of drama in their life which is preventing you from ever meeting face to face – a car accident, work meetings, illnesses, family emergencies, things that would normally elicit a sympathetic response, this is a common tactic a catfish will employ to keep you distracted from never being able to meet up in person.

Your trusted friends and family smell a rat

It’s natural for your close friends and family to want in on the gossip if you’ve met someone new. If you are starting to feel like you’re always making excuses to defend your new friend and why you’ve never spoken to them or never met them in real life you need to starting thinking with your head and not your heart.

People will start asking questions, they will be looking out for your best interests. So, if the people you love and trust the most in your life are not sold on this new person you’ve been telling them about, it’s probably for good reason.

When you’re emotionally involved in a romantic connection, it’s very easy for your judgement to become clouded. However, if the people closest to you, those you trust the most are starting to question your new friend’s behaviour and strange patterns, you too should become suspicious.

Here’s a quick tip, to validate whether the photo’s they are showing you are real or fake drag the photos of the person you’re communicating with into Google.

This is an excellent tool you can use to spy on someone if you’re having second thoughts about their real identity. If the Google drag and search tool is returning results for this person showing up elsewhere on the internet, this could be all the proof you will need to know you are communicating with a catfish. So, go ahead and cease any further contact with that person.

They are too good looking to be true

Professionally presented images that looked staged is a big red flag. Nothing wrong with dating someone good looking, but model quality photos 99.9% of the time have been stolen from elsewhere. Scammers typically use this approach, think about it, they aren’t going to post average looking pictures.

Their plan is to bait into falling for them and using images of attractive people is their standard approach.

Are they asking you for money?

Your new friend might be using you to drain your bank account. Many catfish have one simple goal – to steal your cash! They’ll use this tactic only well and truly after they determine that they have gained your trust. Many catfish will wait weeks or months until they start asking for cash to alleviate any suspension on your part.

But you need to be smarter than that, please! Skilled catfish will typically be playing multiple people at the same time, they will use a set strategy and timeline for when they feel they have you lured in enough to start asking you for money.

Is your gut feeling telling you you’re being catfished?

Always rely on your gut feeling above all else. A lot of people will ignore their intuition, this is a big mistake! If you’re reading this article and there are clear signs that a catfish has entered your life, you need to get out, pronto! Your gut feeling is your inner self that’s warning you to be careful.

They never seem to interact with anyone except you

A catfish never posts photos of themselves hanging out with other people, or even mention them. Even if they do, you’ll be able to tell if their photos are legit or not by asking to see their Facebook or Instagram pages so you can check if the images that they show you appear on their social pages.

When there’s a genuine connection between 2 people, it’s a natural progression to start involving other people who are close to you. A catfish, regardless of how things seem to be progressing between you both, will never talk about catching up with or meeting their friends.

This is a very common red flag to watch out for. In any healthy and genuine relationship, both parties should be prepared to introduce each other to their families and friends.

If you have any concerns about online deception or need further advice on specific scenarios, visit this website for more details.