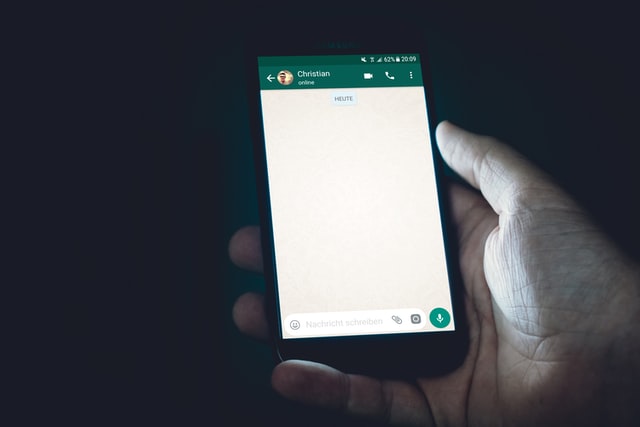 According to Yves Montand, who famously had an affair with Marilyn Monroe – “A man may have 2-3 affairs during his marriage. Anymore than this is considered cheating.”

There are many forms of sexual online activity including viewing explicit materials, swapping and exchanging ideas relating to sex, and interactions online with one or more people with the intention to induce arousal with the participating parties.

In this article, John Portmann discusses and defends the act of online lust describing cybersex much like the act of flirting rather than having an all out affair. The reality is though, the act of online cheating is more complex than what is perceived as flirting when there is consent by the involved parties involving sexual activities.

Whether it’s a conscious act or not in terms of morals, those involved in online sexual relationships generally perceive this as a real relationship whereby they still encounter a psychological encounter which is quite similar when compared to elicit offline relationships. As such, cybersex isn’t simply a harmless conversation regarding sexual chat involving physical acts between two people.

A recent survey published by Psychology Today states that more than 60% of men and women who involve themselves in cybersex don’t consider their actions as cheating. Rather, this group of individuals align these activities with harmless fantasies arguing their online behaviours prevent them from having real-world affairs, as one 43 year old respondent points out:

“My wife has full knowledge that I pursue sexual relationships on the internet. She doesn’t consider this to be real, I don’t need to lie and hide these things, but when it comes to taking such relationships offline then there would be a problem. So long as I don’t overstep these boundaries then it’s an acceptable part of our relationship and mutual trust.”

It’s clear to some people, that cybersex, isn’t recognised as cheating and is in fact used as an option to spice up their relationship.

On the other side of this controversial topic, those opposed to cybersex whilst in a relationship view this as outright cheating particularly if it involves deception and is done without prior knowledge or consent from their partner. Although some couples and individuals will maintain this behaviour as being an “OK” way to cheat (without actually cheating).

Others regard cybersex as a means to helping them get through a rough period from the real world and some experts even conceding that this can help in certain circumstances says a 32-year-old married woman from Perth:

“We need to remind ourselves that 99% of the time our fantasy is much better than reality.”

If people are feeling isolated through their current circumstances but would prefer to hold onto their current relationship, the internet provides a parallel world of sorts which creates the illusion that things are different or better.
Cyberspace can be used as a mechanism to try and preserve and maintain their real world or existence. By doing this, people have the opportunity to pursue emotional and exciting experiences.

Remember though, existing in both worlds isn’t easy and you risk falling into the trap of not recognising the limitations of both worlds.

The other view is that those people who use the internet to have affairs typically underestimate their problems which led them to these activities in the first place and their real-world partners rarely see any differences when comparing online and offline affairs.

Their partners still feel a sense of violation and a breech in their commitment of maintaining exclusivity in their relationship. Given that these types of affairs are widely concealed from their offline partners displays the potential of imminent harm to that relationship. Another woman goes onto say:

“I couldn’t believe what I saw when I sprung David text chatting on the computer screen to a woman pretending to undress her and kissing her neck, I felt completely betrayed”

“By pure accident I came across a love letter my partner had sent through his email to a woman. I get it that there’s no physical involvement going on and that she lives across the other side of the country, regardless, it’s still humiliating and hurtful.”

Even though things like casual sex aren’t always inherently harmful, the same can be said about internet affairs too. This way of thinking is how many people who participate in these actions will form their views and can justify to themselves that it’s okay.

However, there can be a great deal of harm inflicted when participants are also involved in primary offline relationships and the harm imposed on those partners is usually significant once the secret is out, particularly when you consider the deep degree of intimacy when it comes to online affairs.

The concerns are real and validated - many of which are found commonly in online relationships. Still, the data tells us that online affairs are becoming commonplace, however some of the strategies that can be used to distance the internet affair with our primary offline relationship is to refrain from exchanging our real world personal details and by imposing various other limitations with the internet relationship.

The results here could mean that the people involved might come to the understanding to not develop the relationship into anything profound and apply limitations to have one-night virtual stands only, and that it can’t develop into anything more than an uncommitted encounter.

With that said, the only way this could work is that you and your partner both agree with these boundaries and are both willing to openly discuss when these online affairs in chat rooms take place with other people.
One woman who is currently in a committed relationship spoke about her sexual affairs using chat rooms:

“My boyfriend and I have had several conversations about cybersex in chat rooms and we’ve come to the understanding that we’ll both allow it on occasions so long as it’s not with the same person more than once. We both agree there’s a significant risk of becoming attached to other people if it happens on a regular basis.”

No matter how you view this topic, or how you try and spin every scenario, by engaging in chat room sex whilst you’re in a committed relationship, it’s extremely rare for the end result within your offline relationship to be able to withstand these behaviours for any great length of time.