Dealing With a Break-up After a Long-Term Relationship 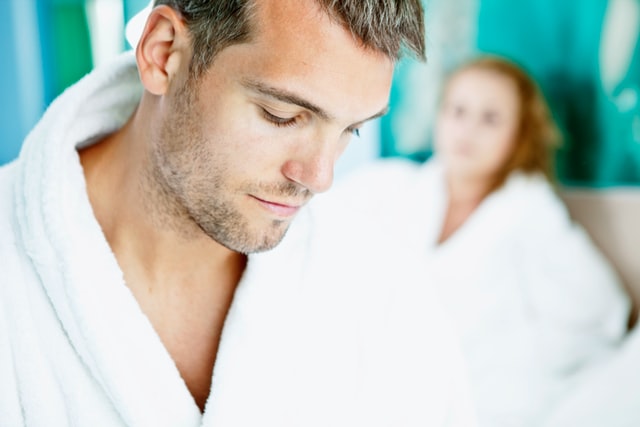 Locked into a Relationship, Breaking up, life on the Other Side

Finding yourself single after a long-term relationship ends can, in some ways, be one of the most traumatic events you’ll ever face. Such an event can pose a similar level of trauma compared to when someone close to you dies.

I say this but not from imagining these two scenarios would cause a similar level of grief, but from my own current unfortunate situation which is in the early stages of separating from my partner of seventeen years.

When my mum died, 14 years ago, the level of pain and trauma was something I’d never felt before. It’s only now, finding myself facing serious emotional trauma once again, that I now realise just how similar these two events are in terms of feeling loss and grief.

My relationship break-down, or its official end, has only just officially begun. It seems like an insurmountable mountain ahead of me to be honest. When mum died though, at least I had the option to begin my recovery the very next day after her passing.

When two people’s lives are entirely intwined for so many years – kids, finances, socially, families etc, the mere thought of having to undo these arrangements is not a great forecast for one’s mental health. But to be honest, I think that this is what keeps many unhappy couples together thus locking them into years of bleakness. Being unhappy and desperately needy, seems an easier road than that of undoing the relationship itself.

The inevitability of what needed to be done has been evident for more than ten years. Over the past decade, my efforts on several occasions to address our emotional and physical disconnect, no matter how subtle my approach, would ultimately lead to an argument with my then partner. Her walls would come up quite quickly and ultimately leaving her feeling offended. I eventually gave up two years ago and just got on with other things.

The first and only time my ex-partner found the courage to discuss the pitfalls of our seventeen-year relationship was when it finally ended. She told me there was no spark and that she would always love me. I knew this was well overdue. I had already started making arrangements to end the relationship knowing this conversation had to happen - desperately needed to happen.

It’s funny, well not actually funny, peculiar maybe, that in seventeen years she could not find the courage or will to discuss our intimacy and communication issues. But when it came to bringing-up the conversation about breaking up, she seemed to open up easily, for the first time ever. Why she hadn’t been able to be open with me in all those years I will never truly know.

During the conversation, she agreed that her communication over the years, was a problem. This was the first time we ever discussed, as brief as it was, the problems that existed between us without a flare up occurring. As far as ending the relationship went, there wasn’t much to discuss, we both knew. It went unspoken for so long.

When it rains it pours

I hadn’t had to deal with a major trauma since mum died. But I knew one had been coming. I’m currently dealing with the sale of my business, the start of a new one, and a lawsuit from a customer - I’m insured, even still, being sued is like living with a big knot in your stomach. This knot of uncertainty seems to be growing, given the relationship ending, and there’s no way to make it stop right now.

I’m 49 years old, I feel like a shell of my old self. So many thoughts and unknowns, not having any control of what lies ahead for the first time in my life, has brought a new level of, I can’t even think of the word, depression maybe. But I’ve felt depressed many times, this time was very different.

I’m trying to figure out ways to channel this darkness, as you can see, by me writing this article.

Right now, my ex-partner and I are still living under the same roof of our family home with our two sons, eight and fifteen years of age. What’s changed since we officially decided to break up just a few days ago? Actually, nothing as such.

The thing is, we’ve been living together for so many years living separate lives anyway. Different friends, different interests among other things. How does a couple be together for so long and allow the distance between them to grow wider apart bit by bit, without making things right, or trying to at least?

There has been an unspoken stalemate and distance brewing between us over time, with neither one of us willing to, or prepared to, take the lead in trying to figure out what either one is thinking. I gave up trying to figure this out long ago. As for my partner, she never really tried, and I still don’t know why after all these years. Maybe it’s her upbringing, her past, traumas. I’ll never really know.

Don’t get me wrong, she’s a wonderful woman, a fantastic mother, selfless and looks after the household with precision. In the past, on the few occasions where I’ve brought up the subject of our relationship flaws, which would include the topic of her lack of or ability to communicate and show openness, according to her explanation, her way of caring and her contribution to the relationship was to make the home environment pleasant and functional.

It still baffles me today, after all this time, how an intelligent person who has seen the writing on the wall for so long, still holds onto the thought that running a smooth household somehow replaces the need to form an emotional and physical connection. I’m not sure we ever had this.

It’s the morning of the 8th of January 2021. I’m back here picking up from yesterday writing this article.

Several years ago, the thought of losing her, despite the need to let go, would be something I thought I could never cope with. But today, now that the break-up is official, I woke up feeling a massive sense of relief. I CAN do this.

At my age, the thought of being alone forever makes me scared. The thing is though, now that I’m actually here, facing this reality in its rawest sense, I don’t actually feel as scared as I thought I would before the break-up happened.

So, when we finally sell off some assets and go our own separate ways and sharing the custody of our boys, I’m picturing me here alone. And I feel happy, happier than I’d imagined if this was a hypothetical situation, but it’s not hypothetical. And deep, deep down, I’m already feeling at peace with it at this early stage.

For such a long time, both of us have been cohabitating with neither of us willing to face this head on. I’m grateful for my partner to have been the one to make the move and draw a line in the sand. There’s a huge sense of relief.

I know I’ll have my good days and bad days. But I’m ready, ready to start this new chapter. Any good therapist or friend will tell someone in my position, that the key to getting through a break-up, particularly a seventeen year one, is that keeping busy and becoming a better version of you is what will make you come out the other side feeling stronger and ready to face a new world, as scary as that sounds, is.

For me, I’m anticipating the biggest challenge to be filling in time when my boys are staying at their mum’s place. So, I figured, there’s around ten hours in a day, how am I going to fill in this time in a productive manner to ward off depression, so I don’t slide into a life of isolation and boredom.

I don’t have a huge circle of friends, but the friends I do have are tightly held and will be there for me at times. Even still, my friends have their own lives, and I’m not twenty-five years old anymore. Things are different now when it comes to friends and being single.

Some of the ideas I’m looking at to fill in my time when I’m alone are. Walking every day, buying a bike and going for rides, reading a good book at home and to start using the library – which is something I have never done before, go to the shops once a week and buy a new shirt or pants, go to the gym most days, watch a good Netflix flick, do more cooking, reignite my passion for great music.

What about dating again? I’ve though about this a fair bit. I’m trying to be smart here. The last thing I want to do is to try dating new people and being under prepared. I need to get myself into a great head space before this happens, and the activities I have just mentioned might just help me get there.

I need to first build my confidence and put forward my best version. I do think that rushing into dating at this early stage is setting myself up to fail. The last thing I need right now is to be rejected by women, which would be just soul destroying to someone in my fragile position. So, until I feel confident in myself, I’ll just keep working on me.

I truly hope that anyone reading this article, and can relate to it, will find this information useful. There are no surveys, research or data used here. What I’m sharing with you is the real world of breaking up with a long-term partner, from the perspective of a middle-aged man trying to figure out how to completely re-invent his life.