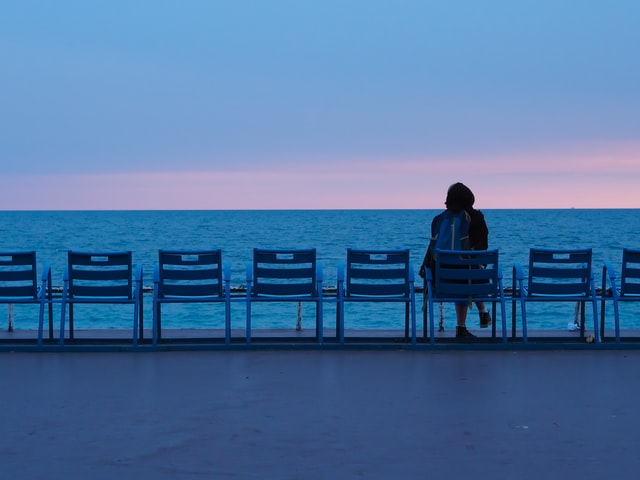 Depression in older adults is often mistaken as a sign of aging. But this couldn’t be further from the truth.

Mental health issues within the older community hide in plain sight yet there’s a 75% rate of full recovery when diagnosed and treated.

Dr. Domenick Sportelli who specializes in medical behavioral health shares his expertise and knowledge and how to get the education needed to treat this highly treatable yet underdiagnosed disease.

Depression. Overcoming it and aging gracefully

“let’s first look at what depression looks like in someone who is 50 years old or above.”

Depression in an older person may look a little bit different but it’s going to follow the same diagnostic criteria as major depressive disorders that we know in younger adults, but it may present differently.

What we might see are less social interaction and more apathy. Meaning, they often don’t really feel anything, and you’ll ask them “are you depressed?”  No. “Do you feel anything” No? There’s just more apathy, and you’ll see that more often in the older population.

But more importantly, what you’re seeing in this population is that they don’t talk about it they fly under the radar more easily and they are not being treated and it’s frustrating because statistically there are incredibly effective treatments for this population.

Some studies say that up to 75% of older adults suffering from depression and mental health issues can be successfully treated – That’s great news, fantastic news!

But we have these statistics where potentially 20% of the over 50’s population have a mental health disorder, say 6% have severe depression and approx. 4% suffer from anxiety, that number skyrockets when we start factoring in even older people in nursing homes for example.

When you’re talking about in care home care, you’re looking at around 15% of those patients who have severe depression. So, we are talking about a patient population that has a problem, that has an incredibly high suicide rate, and is not being appropriately diagnosed.

“Why they are not being properly diagnosed and treated?”

So, a few reasons. Number 1 is the patient is far less likely to come to their Doctor and say, “I’m having a problem with a mood disorder.” That’s first and foremost, they are the least likely demographic to say they are depressed.

That generation of people comes from a time period where mental illness was regarded as a weakness, mental illness is a character flaw. Traditionally, mental illness wasn’t a medical diagnosis as we know it today. It’s not something to discuss with my medical doctor who is treating my arthritis, for example. Older people are not used to talking to other people about depression, so they simply don’t talk about it.

So, this might be an opportunity to point it out to someone if they are clearly depressed. You may need to be the one who goes with them to the Doctor and clear things up.

Mental illness in older people flies under the radar, they don’t even acknowledge it nor do they have the insight to realize they are even depressed. Supporters play such a critical role in someone who is older, in getting them the help they need with mental health especially depression.

There are a lot of things that we can look out for to see if someone’s depressed. So, what are they?

Screening tools for example. Just things to look out for, and the fact that so many people think that depression is a normal process when it comes to aging. There’s a misconception that depression automatically comes with age.

But it doesn’t! Remember, only 20% of people suffer from depression, the other 80% are living healthy, fruitful, fun, and engaging lives, including older people well into their golden years.

Depression is not a normal part of aging and this needs to be the take-home message here.

There are different levels of medications. There are just too many to go into huge details here but I’m going to throw one in called Wellbutrin. According to Dr. Domenick Sportelli, Wellbutrin works on dopamine, a neurotransmitter.

Dopamine acts as a feel-good chemical and sometimes in the elderly population Wellbutrin works very well and it’s something that your Doctor may also subscribe for you.

One important thing to note about Wellbutrin is that it can lower your seizure threshold based on Dr. Domenick Sportelli’s media publications.  What that means is that it’s easier for you to have seizures particularly if you have a seizure dysfunction or an alcohol dependence.

If these are health-related issues you are dealing with then Wellbutrin is not your medication.

Now, in some older populations, Doctors will use medications for their patient’s side effects. There’s an antidepressant called Remeron.
Through the course of history, Doctors have learned that Remeron makes people really tired, and hungry. It works on depression yet makes people tired and hungry.

So if you’re really tired and have lost your appetite, then speak to your Doctor about if Remeron may be able to help you out by stimulating your appetite and helping you sleep.

So that’s a clear example of how doctors can use the side effect profiles such as Remeron as a means of treating depression.

Some medications can be the cause of depression

We also need to consider that, depending on their health condition and age, much older people are far more likely to be on other medications that may interact with each other and may indeed be causing depression in the first place. Really important information for people to know.

Don’t just rely on the internet and other people to come up with suggestions about treating depression.

Go to your Doctor with the ammunition to be asking the right questions. Do your own research and combined with the Doctors advice, you can collectively help older people in dealing with depression.

Based on your foundation of knowledge, you can help your loved ones overcome depression because that’s what it’s all about.